In a quiet village on Lesvos, you will find the Teriade museum. It is a well-kept secret!

Teriade was born Stratis Eleftheriades (Στρατής Ελευθεριάδης) in Mytilene in 1889. In 1915 he moved to Paris to study law but instead started work for artistic and literary magazine Cahiers d’art, founded by his countryman Christian Zervos. In 1933 he became artistic director of Minotaure, a Surrealist-oriented publication founded by Albert Skira. 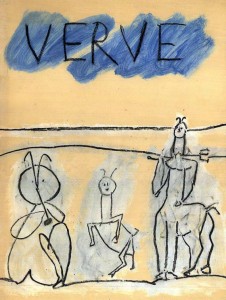 In 1937 he founded the bilingual (French and English) review Verve, commissioning artists such as Picasso, Matisse and René Daumal to produce a series of works. Tériade died in 1983 in Paris.

The Teriade Museum opened in 1979 with an astonishing collection of paintings by world-renowned artists including Picasso, Chagall, Miro, Le Corbusier and Matisse. The works are displayed in sixteen rooms over two floors of the specially built museum. Tériade was also instrumental in bringing the work of painter and fellow Lesvos native Theophilos to international attention.

The museum is on the same site as the Theophilos Museum.

Sundays between 1 November and 31 March