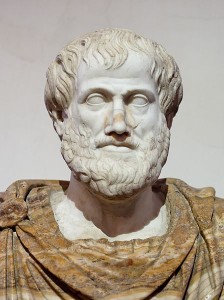 In the 4th century BC, the Greek philosopher Aristotle travelled to Lesvos. He spent his time studying the animals in and around the Gulf of Kalloni. His work was largely forgotten even though it was the birth of biology and the foundation of the modern classification of animals. As a result, the gulf became known as Aristotle’s Lagoon.

In 2011 the BBC showed a documentary “Aristotle’s Lagoon” by Professor Armand Leroi who followed in Aristotle’s footsteps to discover the creatures, places and ideas that inspired the philosopher in his pioneering work. The program includes truly breathtaking views of Lesvos (plus the odd gory bit).

If you missed it, you can fortunately still see it on YouTube.