Sadly, the ancient theatre of Mytilene is currently closed. But I’m going to tell you about it anyway. 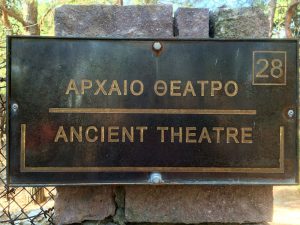 The ancient theatre of Mytilene is one of the most important ancient theatres in the world, possibly the most important. Why would I make such a bold statement? In 62 BC the Roman Emperor Gnaeus Pompeius Magnus (Pompey) visited Mytilene after the Third Mithridatic War. Pompey was impressed with the theatre and had sketches and plans of it made so that he could build a theatre based on this design in Rome.

On his return to Rome, Pompey paid for a new theatre to gain political popularity. The new theatre was designed to impress due to both its splendour and its size. Work began in 61 BC and the theatre was dedicated in 55 BC.

The Theatre of Pompey is considered the original Roman stone theatre. Subsequent theatres built within the Republic and Empire copied its form as a template with little changes, except size. The Theatre is estimated to have been the largest theatre ever built in ancient or Modern times.

So the next time you visit a Roman Theatre, remember that its origins lie on the island of Lesvos. 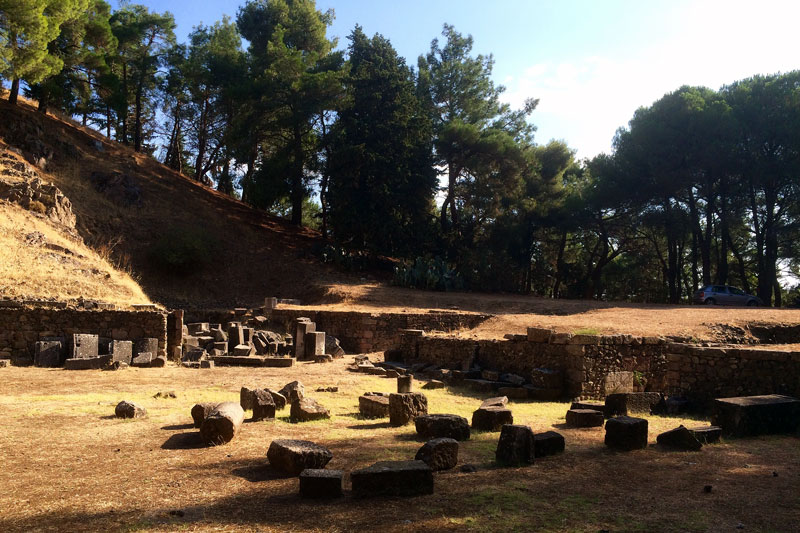 Where to find the Theatre

If you find the theatre open, please let us know.