The prehistoric settlement of Thermi was founded on a low hill between two streams, around 3000 BC and flourished during the third millennium BC. It was identified and excavated by Winifred Lamb from 1929 to 1933 and there were further excavations 2004‐2008. 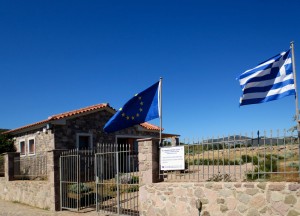 The site is located on the east coast, 12 Km away from the Turkish coast. This position made the port (which has been lost to the sea) the most important on the island at that time. The plain of Thermi is one of the most fertile of the island. The settlement is divided into 5 building phases and it is one of the best-researched settlements in the NE Aegean. 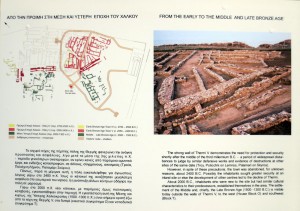 The site is free to enter and is open all year. We were also given a free 16-page guide written in English. The developers of the site have very kindly provided shaded areas to view the site and read the information boards.

There is also a seminar room where you can view a film about the site and see some nice models of what the village might have looked like. The staff were very helpful, spoke good English and made our visit most enjoyable. I never thought that I would ever say that about an archaeological site. 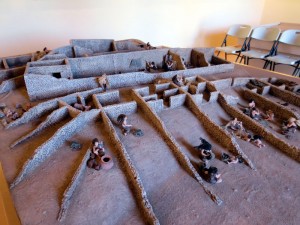