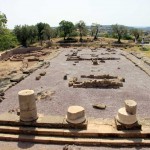 On a hillside overlooking the fertile plain of Arisvi lies the ruins of the ancient Aeolic Sanctuary of Klopedi. Here, at the beginning of the last century, Dimitrios Evangelides, Curator of the local Ephorate of Antiquities at that time, excavated the remains of two archaic temples. These are considered important monuments for the history of ancient architecture, as they remain unique examples of the Aeolic style in Greece.

In 1972, Despina Hatzi, the then Curator, collected numerous architectural components, especially Aeolic capitals, from the fields surrounding the Sanctuary of Klopedi; these provide a glimpse of the lost glory of the monuments. The Sanctuary, in the countryside of ancient Arisvi, was established in the 8th century B.C. above residential remains of the Mycenaean period. In its first foundation phase, the Sanctuary belonged to the city of Arisvi. The choice of its position, near the boundaries of the hostile city of Methymna, possibly reflects the city inhabitants’ need to secure their northern borders. Following the brutal seizure of Arisvi, Methymna established its sovereignty to the Gulf of Kalloni and, thus, the Sanctuary is located in the heart of the city’s expanded territory. In the 6th century B.C., the Sanctuary assumes its monumental form after the erection of two imposing temples of the Aeolic style. The temenos (sacred enclosure or precinct surrounding or adjacent to the temple) would also have included other buildings, as is testified by surface remains found on the descent of the hillside leading to the temples. 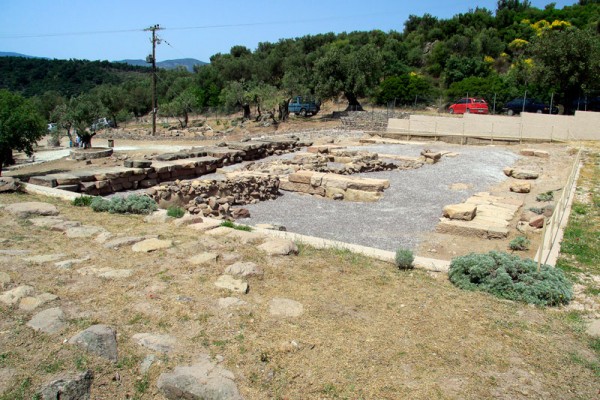 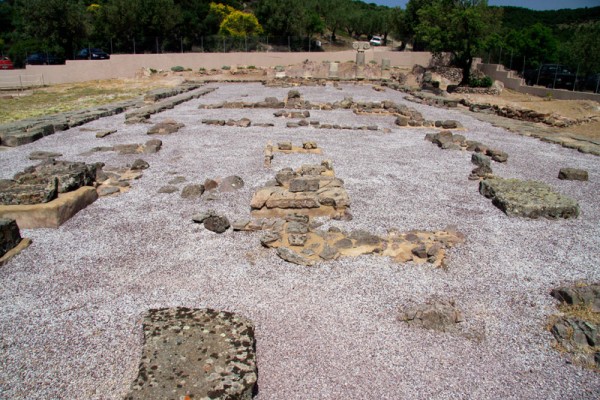 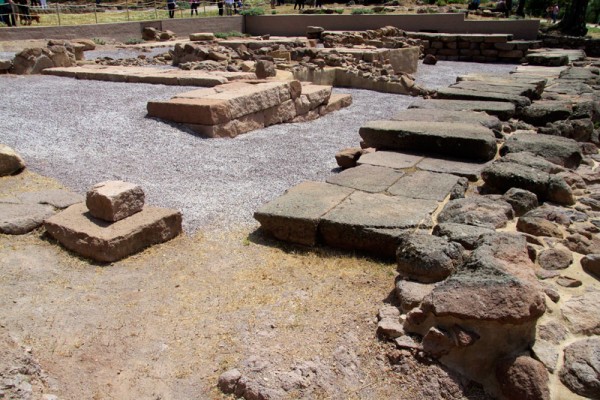 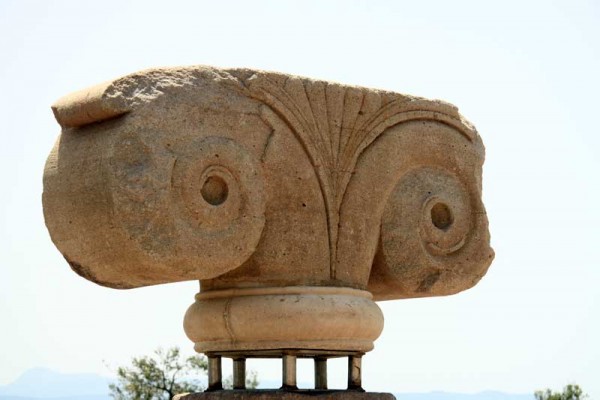 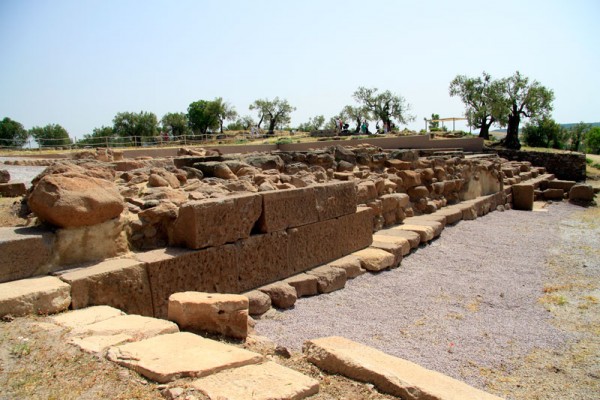 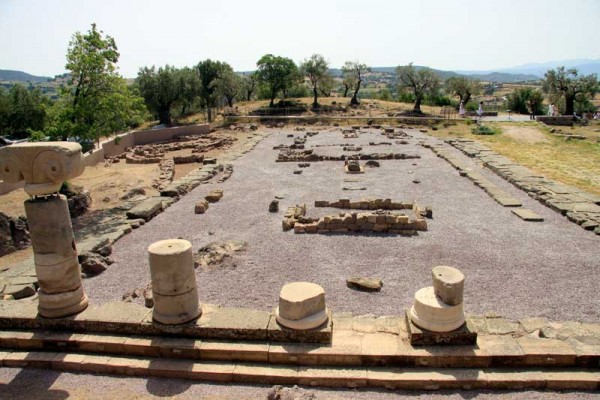 The worshipped divinity of the Sanctuary of Klopedi was always linked with the cult of Apollo Napaios in Lesbos, as suggested by ancient written sources and material evidence. New inscribed findings of recent excavations confirm this assumption and reveal the name of the worshipped divinity: (ΑΠΟΛ) ΛΩΝΟΣ.

The Aeolic Sanctuary of Klopedi is open daily (except Tuesdays) and entrance to the site is free of charge.

The Sanctuary of Klopedi lies 4.75 km from Agia Paraskevi down a dirt road. As of May 2015, the road was in very good condition and is easily passable without the need for a 4WD vehicle. When approaching Agia Paraskevi from the south, the turning is on the left immediately after the Museum of Olive Oil Production. This and all subsequent turns are clearly signposted.

5 thoughts on “Aeolic Sanctuary of Klopedi”