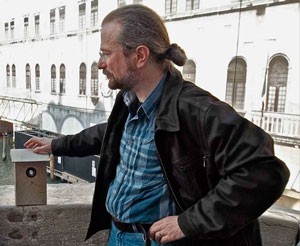 An international art project has landed in Lesvos, involving, in particular, the Petrified Forest and the Natural History Museum in Sigri.

The Earlybird Project is an environmental-themed art project by Russian-Italian artist Vladislav Shabalin which avails itself of the collaboration of the British progressive rock band Van Der Graaf Generator, Peter Hammill, Hugh Banton and Guy Evans. The opening track of their album ALT, “Earlybird”, gives the name to the project.

The Earlybird Project will result in a multimedia installation in which the (very) ancient merges with modern technology. The central element is a 7-meter long fossilized tree trunk from Arizona, dating back to the Triassic period, that was restored by the artist. Videos include 3 videos shot in 3 of the most important parks in the world with remains of fossil trees in the open air: the Bantak Petrified Forest Park in Thailand, the Petrified Forest National Park in Arizona – representing respectively Asia and America – and the Lesvos Petrified Forest, representing Europe. 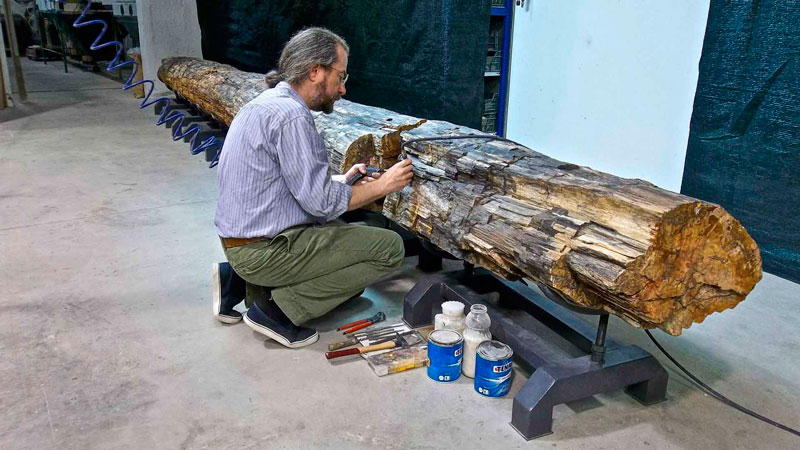 A birdhouse made in stone by the artist with a speaker inside reached each park and a video was shot including images of the birdhouse itself near or upon the fossil trees in the park. The video in Lesvos was realized by a collaborator to the project who arrived on the island in late May 2015. The staff of the Natural History Museum of the Lesvos Petrified Forest provided assistance and guided him to the best places and to the most impressive specimen of fossilized logs in the park.

The Earlybird Project will premiere in Venice in the next few months.