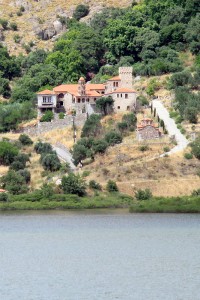 Moni Pithariou is devoted to the Archangels and is located in a beautiful ravine in the hills close to Eressos. The name of the monastery is taken from the shape of the ravine which resembles a jar (Πιθάρι – Pithari in Greek).  A dam has been built across the ravine, forming a large lake.

There is little historical data about the foundation of the monastery which has resulted in much debate among researchers. An Ottoman record of the tax affairs of the region dated 1548 suggests an already established monastery. The monastery is further mentioned in a 1709 ledger which records the tax as 107 kilos of olive oil.

The monastery then seems to have grown much smaller with references in 1863 by George Aristides and in the early 20th century by Stavros Taxis suggesting only a handful of monks remained.

In 1931 the monastery merged with the nearby Ypsilou Monastery and seven years later it began operating as an ecclesiastical penitentiary. This stopped operating during the German occupation of Lesvos in the Second World War and it remained closed until 1964.

In recent years Moni Pithariou has operated with two fraternities of monks and much work has been done to rebuild, restore and expand the monastery. It’s location remains incredibly picturesque and tranquil, I suggest you add it to your ‘must visit’ list. 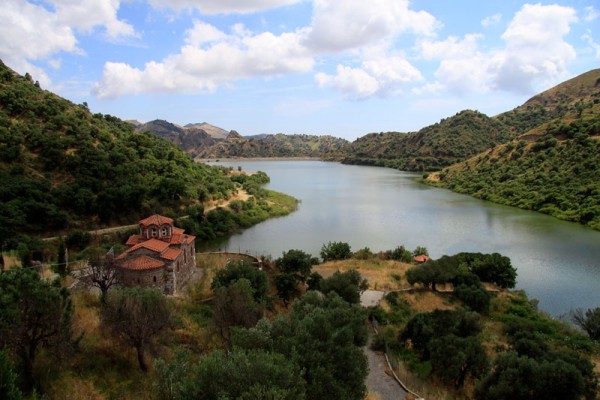 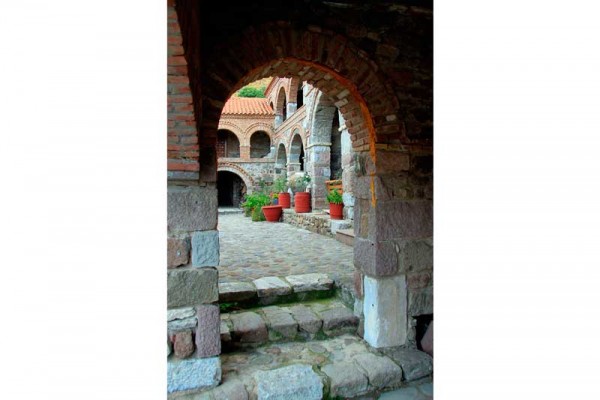 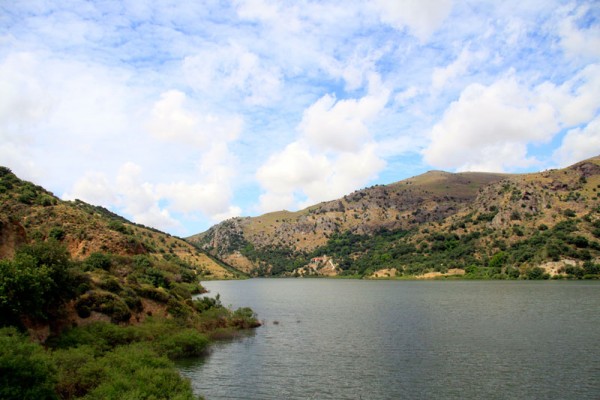 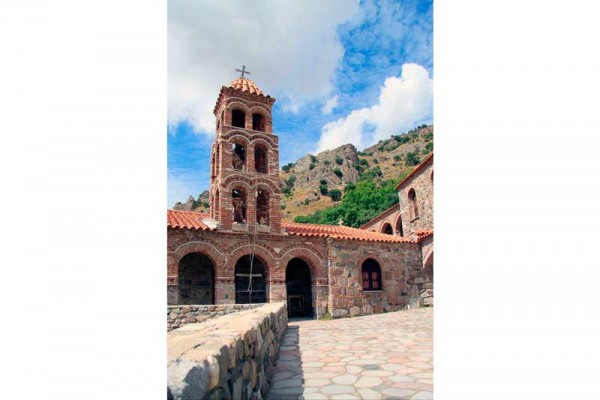 There is a small sign on the Eressos – Kalloni road about 1.5 km before Eressos. There is a dirt road in excellent condition suitable for a normal car (June 2015). The head of the dam is 2.5 km up this road.