A crazy Greek chick who grew up in Molyvos, studied art and advertising in the U.K, traveled to another continent for a stranger, married the man she still adores and first went out with on Jan the 28th1990, a girl who is in love with her two children and loves change, questions, puzzles, creative ideas, the arts, crafts, physics, teaching children, doing yoga with Angela and Victor, marmite, Xmas, Greece, England, basketball, doing things the odd way, starring at the sea, organise weddings, diving, writing, drawing and good old family time with brother Stratis and sister Katerina. Oh and so much more. Come and stay in Molyvos at Pine Tree Appartments. 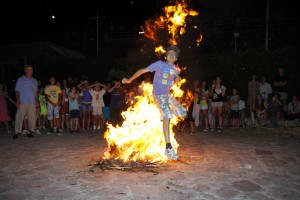